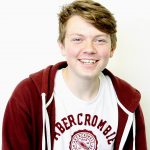 Senior Musicality student, Nicholas Heaton has successfully auditioned for the London Acting school E15 and will be starting in October 2017 at their Southend campus. Nic is thrilled to be starting the course and hopes that his training will become the foundation on which to eventually build an acting career.

E15 will provide Nicholas with a certificate of Higher Education in Theatre Arts and will prepare him and other students for full time study at drama school in the years that follow.

Most of you will know Nic from playing the mean Mr Sowerberry in our production of ‘Oliver‘ in 2016 and he can be seen again this July,  playing the fantastic part of ‘Ching Ho’ in ‘Thoroughly Modern Millie‘ at The Princess Royal Theatre, Port Talbot. This will be Nic’s final production with Musicality and we shall miss him. We have enjoyed having Nicholas in our academy and are thrilled that he has used his experience with us to take his passion further!

All of us at Musicality wish Nic every success and will keep you posted on his progress.