Milwards Musicals on Radio Tircoed (106.5FM) put Musicality ON AIR this Thursday to hear all about our forthcoming production of ‘Thoroughly Modern Millie’

For nearly an hour, members of the cast spoke with Keith, presenter of the popular show as he played songs from the fabulous musical! Those in the studio, representing the ‘Millie’ cast were: 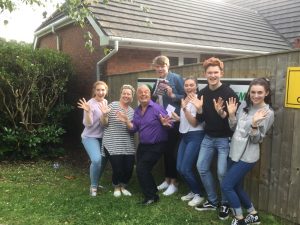 Creative producer Amanda Murphy was also there to discuss the show with Keith, with whom she has performed on stage with many times and they talked about the story, the creatives and the now expected ‘Musicality twist’ which Amanda said was linked to the concept of the show and the clever set, which has been designed by Director Dan Phillips and made especially for Musicality by Craig Wigley. 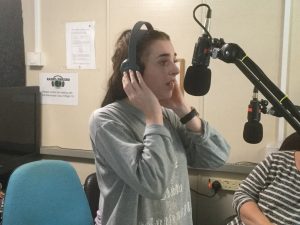 It was a particular treat to hear Elysia Coates singing LIVE on air. Elysia sang the showstopper ‘Gimme Gimme’ from Act 2 of the show and was outstanding. Musicality had many calls after the show went off air, congratulating Elysia on her amazing performance and asking how they could get tickets to see the show!

It was great to Sammie and Nic showing off their linguistic skills too….The pair have had to learn Mandarin to be able to play the parts of Ching Ho and Bun Foo and if you heard the show, you will have listened to them chat away fluently! Most impressive! 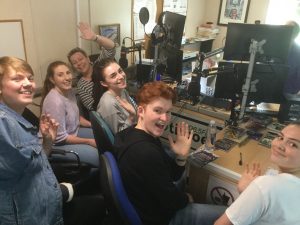 For those that missed the radio programme, tune into Bay TV on Monday 24th July between 1-2pm to see Elysia singing LIVE in costume with other members of the cast, who will be sitting on the lunchtime sofa discussing the delectable 1920s musical.

Thoroughly Modern Millie is at The Princess Royal Theatre, Port Talbot 27-29 July at 7pm. Tickets only £10 and £12!