When our students leave Musicality to take ‘Performing Arts’ further, we continue to support them and are sure to be spotted in the audience when they are performing at their various Conservatoires and Drama Schools. 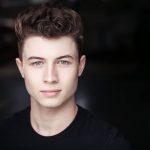 Recently it was the turn of Alex James-Hatton who is in his 3rd year at
The Arts Educational schools, London.

The Musical Theatre course at ArtsEd is a tough one and renowned for achieving amazing results, so we were excited to see Alex’s two graduation shows: ‘Bullets Over Broadway’ and ‘Priscilla, Queen of the Desert’. 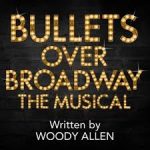 Bullets over Broadway, written by Woody Allen, was a fabulous surprise! We knew the standard would be good, but this production was ‘West End’ standard and without exaggeration showcased stars of the future!  Every person in the production gave superb performances including Alex who had the hilarious role of ‘The Hot Dog Man’, who along with Zoe Humphries delivered the ‘Hot Dog Song’, a ‘saucy‘ little number that had the audience cheering at the end and this was only a few minutes into Act One! Then we were blown away, by the phenomenal tap routine that closed the first act – bringing us all to tears at the standard our ex-pupil had achieved.

Priscilla was a totally different show and this time, we discovered Alex in a short black sparkly dress amongst other costumes!. He played the part of Farah as well as singing and dancing in the ensemble…all in heels and what a pair of legs he’s got! As our Mad Hatter in ‘Alice’ and ‘Uncle Fester’ in Addams, we knew that Alex had great potential for dancing, but to see him dancing to such a high standard was a very proud moment for us all. (We couldn’t help but ‘whoop’ at his fabulous box jump!)

As the ArtsEd students reach the end of their 3rd year, the shows enable them to showcase their talent and they hope for agent interest. We will be sure to let you know as soon as Alex signs with an agent and will be keeping a close eye on his career, which we are sure will be nothing but glittering!

NEXT:
We are excited to be visiting Emil Dale Academy next to see Natalie Twist in her 1st year production of ‘Thoroughly Modern Millie’, which of course, Musicality performed last year…we can’t wait to see what they do with the show and will be cheering on Natalie all the way! We’ll be sure to report!

Learn more about our alumni HERE