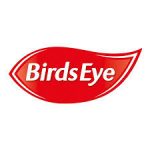 If you have seen the recent ‘Birdseye’ Spinach advert on television, you will have see our very own Macsen make his TV debut. Macsen was chosen from thousands to be featured in the new advert and he did so well!

Macsen is represented by our management agency; Musicality Management and has been on many castings for TV and Film. He filmed the Birdseye advert back in November at a secret location in London and he tells us it was a long and exhausting day! Macsen, who is only 5, really enjoyed being picked up by a driver early in the morning to go to the studio and loved playing with his co-star in the filming breaks.

Exhausting or not…It certainly hasn’t put Macsen off, as he has had many castings since with his most recent one being for FOX Film studios…all very exciting!

Macsen is obviously following in his brothers footsteps as his 2 eldest brothers both appeared in ‘Oliver’ in the West End and his other brother was nearly cast for the very same Birdseye advert! What a talented family!  Both Macsen and his brother Trystan, who also attends Musicality Academy are both busy in rehearsal for our forthcoming show on the 21st July this year, where they will be performing  numbers from musicals that include ‘Charlie and the Chocolate Factory’ and ‘Moana’.