Alumna Natalie Twist did Musicality proud this week when she appeared in ‘Thoroughly Modern Millie’ at The Emil Dale Academy. 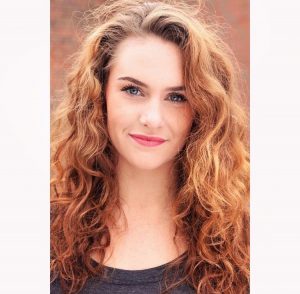 Natalie Twist, who is studying for a Performing Arts Diploma at Emil Dale Academy (EDA) performed in her first year production in the ensemble, the members of which (in our opinion) were the highlight of the show!

The dancing was excellent with all performers male and female dancing to an incredibly high standard.

Having performed this show ourselves recently, it was obviously already close to our heart and we were excited to see what creative ideas Emil Dale came up with and they certainly didn’t disappoint! This clever production used suitcases as multiple props and set the opening at Grand Central station with smoke and noise that realistically took us back to the 1920s.

They played Mr Graydon as an Irishman as opposed to the usual American accent, which worked tremendously well and made perfect sense regards his relationship with Mrs ‘Flannery’ and the green costumes.  We admit we’re rather mad we didn’t think of that! We loved it!

Natalie as ever, danced superbly and it was a joy to see how much she had progressed during her first year on the diploma course at the academy, although Natalie had also attended a foundation year at Emil Dale, so was already in a great position to develop at speed! Before even auditioning at Emil Dale, Natalie was already an accomplished dancer and often helped choreograph for Musicality, so to continue training was the perfect and rightful step for her and we have no doubt that she will carve herself a successful career from doing what she does best!