We are super-thrilled to announce that Musicality has been nominated for a phenomenal 7 NODA awards for our recent production of ‘Thoroughly Modern Millie’! 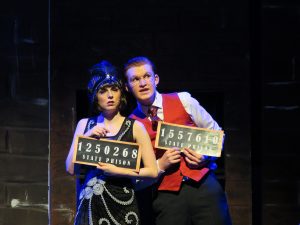 The production was performed at The Princess Royal Theatre in Port Talbot last July and both district and regional representatives from NODA (National Operatic & Dramatic Association) attended.

This creative version, directed by Dan Phillips offered a new take on the 1920s musical, in that it was set ‘within’ a film set, which provided quite a few headaches we can assure you – However…it looks as if hard work paid off!

The NODA award ceremony takes place on the 19th May in Hereford and we shall be there with all our fingers crossed! (That’s a lot of fingers)!

Our 7 ‘Thoroughly Modern’ Nominations are: 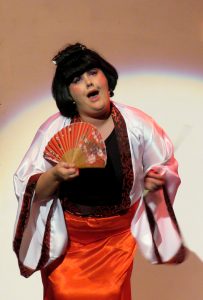 Congratulations to all our wonderful cast, crew and creatives who made this possible! We are quite taken aback to have received so many nominations and very excited for the glittering ceremony which we will also be performing at this year – More about that another time!

Book tickets for our next production HERE