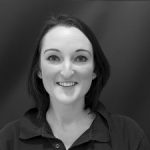 Musicality Teacher goes Viral with her ‘Tweet’ to James Corden…

Emily’s son Lewis played the part of ‘Baby Neil’ in Gavin & Stacey and this month, he turned 10 years old, much to his Smithy’s surprise!

Emily sent a simple text to actor dad to James Corden, who played smithy and he immediately replied! With James Corden having so many followers, her tweet was retweeted and picked up by so many people, newspapers and TV stations around the world! Lewis who can’t even remember the filming, was tickled pink, as he only has the Christmas episode to watch as a memory, so this reaction ten years later has been really exciting for him.

Lewis who celebrated his birthday with an all boys sleepover is actually more interested in football these days and is a massive Swansea City fan…This is interesting because in the series ‘Gavin & Stacey’ there was great debate as to whether or not ‘Baby Neil’ would be a Cardiff or West Ham supporter! It turns out that he is neither!

Lewis got his role through his Mum Emily who had him signed to Mark Jermin Management 10 years ago, but as he got older, Lewis, alongside his mum and sister Olivia joined Musicality and appeared with us in several productions.

Emily who teaches our Musicality Minis and is herself, a strong member of our senior company, has been overwhelmed by the reaction and admits to loving every minute of it!

Emily will soon be appearing in our forthcoming produce of ‘M – An Evening of Musical Theatre on Sat 21st July…this time, without Lewis by her side!

What a lovely memory for you both.

CLICK HERE TO BOOK TICKETS FOR OUR NEXT SHOW