We are delighted to announce, that Alex James-Hatton will be joining the cast of ‘Jack and the Beanstalk’ at the impressive Liverpool Empire this Christmas, in the title role of Jack. 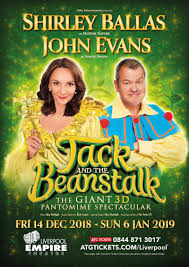 In his new venture, Alex will be performing alongside Shirley Ballas, Head judge on BBC’s  ‘Strictly Come Dancing’ who is playing the part of ‘Mother Nature’ in the fabulous 3D Christmas spectacular. Jack and the Beanstalk runs from 14th December 2018 until 6th January 2019. 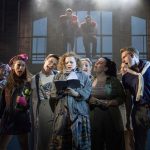 Alex, who started his musical theatre training at Musicality Academy, finishes his run in  ‘Heathers the Musical’ (Pictured left) in London’s West End at the end of November, where he has been part of the original London cast since June.

Alex is excited to be treading the boards at The Liverpool Empire, which has played host to an amazing array of legendary entertainers including Laurel and Hardy, Frank Sinatra, Judy Garland, Julie Andrews and The Beatles…No pressure then Alex!

We wish Alex a fabulous time as ‘Jack’ and Musicality will be there to cheer him on,
as he climbs the beanstalk to success!

BOOK TICKETS FOR JACK AND THE BEANSTALK HERE