Two Musicality students have been chosen as ‘Team Captains’ for the
CBBC TV show ‘The Dog Ate My Homework’. 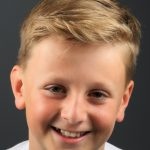 Iestyn Jennings and Ffion Lewis, both aged 11 will be filming before Christmas, for shows that will be aired in the New Year. The hit TV show, hosted by comedian Iain Stirling, is hugely popular with children and has been on television for nearly 5 years now.

The children’s panel show pitches the wits between celebrity guests and a child Team Captain. Iestyn and Ffion (pictured left), will both be Team Captains in their individual episodes of the show. 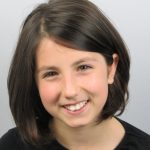 Both students attend Musicality Academy Theatre classes as well as being represented by Musicality Management. Both have experience, with Iestyn recently having been on set, filming for ‘Jamie Johnson’ and Ffion appearing in BBC’s ‘Poldark’ and ‘Requiem’ amongst others!

Last year, another Musicality student, Sophie Oliver was chosen for the same show and has since gone on to get a lead role in a new feature film, which films in Italy in the New Year. This is super exciting and we will tell you more as soon as we’re allowed!

READ MORE ABOUT ‘THE DOG ATE MY HOMEWORK’