Sophie Jane Oliver has just returned from a month in Italy, where she has been filming for a brand new feature film called ‘Shortcut‘.

Sophie was chosen for the role of ‘Bess’, after an extensive audition process that lasted a few months.

The audition process was so much fun…First I was in for one character, and then for another. I got paired up with various other actors to see who we got on well with and we work-shopped ideas and lines. We had an initial read-through at Ealing Studios, which was really exciting! 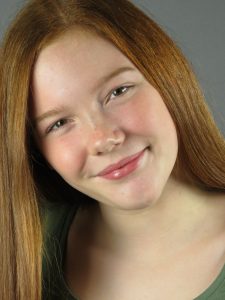 Sophie, who is represented by Musicality Management was thrilled to be cast in this teenage horror movie which was directed by Alessio Liguori and is being co-produced by Play Entertainment, Camaleo and Sternberg Films. She has loved the whole experience, which started as soon as her flight landed in Rome!

Sophie was taken straight to wardrobe for a costume fitting on arrival at the hotel and a short rehearsal followed. The next day, filming began and lasted for four weeks. It was shot over 3 locations in and around Rome and we are told that the weather was freezing! Who said filming was glamorous?

Early mornings were the order of the day, as make up call was often at 6.30am and then it was on to the set, for long days of filming.  Sophie was fortunate to have a few days off in-between and managed to squeeze in some site seeing, including the Centre of Italy called ‘Narni ‘and central Rome, as well as fitting in some essential school work!

It has been a fantastic experience and I have loved every minute of it. I learnt so much with regards to the process of filming and taking direction. I got to work with an amazing team of people and made friends for life! 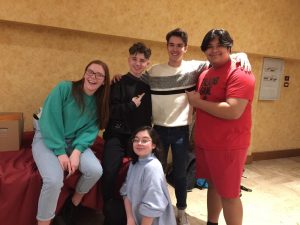 After some emotional goodbyes, Sophie flew back to Wales, but was straight back into rehearsals for her next project, ‘Summer Holiday’ which she is performing with Musicality Academy at The Princess Royal Theatre, Port Talbot in March.
‘Shortcut’, written by Daniele Cosci, is now in post production and we await details of future release dates. You can be sure we will let you know when you can see Sophie on the big screen!