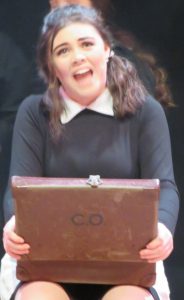 Congratulations to Josie Daniel who is a member of our Senior Academy at Musicality. As she turns 16, she has been offered several exciting opportunities which she is over the moon about!

Firstly, Josie has successfully auditioned for BYMT (British Youth Music Theatre) where there were over 800 young people from all over the UK and Ireland who auditioned. Josie secured her place to be in their new musical production called ‘Hot Wheels’ which will be performed at the Barbican Theatre in Plymouth, this August.

In addition to this, Josie has also been accepted on a year long acting course at The Young Actors Studio at The Royal Welsh College in Cardiff. The course, designed for students aged 16-20, encourages young actors and helps them to develop vital acting skills.  The course takes place every Sunday, which will allow Josie to continue with her ‘A’ Level studies at college. 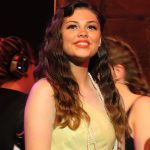 The icing on the cake for Josie has to be the surprise she had this week, when she opened a letter offering her a one to one intensive course with the amazing singer Natalie Weiss. Josie will be studying vocal technique, acting interpretation, audition do’s and dont’s, cast-ability and of course riffing! This amazing opportunity takes place at the end of May and to say that Josie is excited, is of course an understatement! 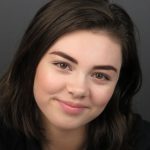 Josie has been with Musicality since she was six, when she played ‘Lena Marelli’ in our junior production of Bugsy Malone. She has continued to develop into a talented triple threat performer and will be playing the lead role, of Viola in our production of Shakespeare’s ‘Twelfth Night’ this July at Clyne Farm, Mumbles. The production is part of a special outdoor and immersive production of three short Shakespeare plays, called ‘Bard@theYard’.

We are absolutely thrilled for Josie who has always immersed herself in everything Musicality and is also represented by our talent agency, Musicality Management Ltd.

Congratulations Josie – it looks like you going to have the best Summer!