We are excited to announce that Musicality Academy student, Tara Wells, will be making her TV debut on Sunday 7th February! 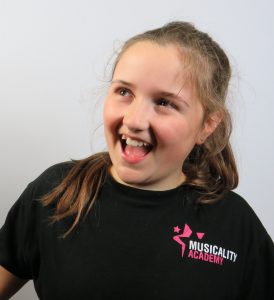 Tara, who filmed CBBC’s quiz show ‘The Dog Ate My Homework’ was chosen as Team Captain for this episode, but you will have to tune in on Sunday 7th February at 09.40, to see if her team wins or not!

Tara had an amazing time filming the episode in Scotland last year after being chosen from hundreds of applicants to appear on the CBBC show.

Tara has been a student at Musicality for a few years now and attends both our Musical Theatre Academy and Fusion + Dance classes. 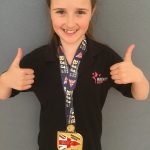 During her audition for the show though, we think it was her other passion that caught the attention of the producers, as Tara is also a Brazilian Ju-Jitsu champion! We hope that celebrity presenter Iain Stirling was on his best behaviour whilst Tara was Team Captain for the day!

Well done Tara…we can’t wait to see you on the telly!