Our Company Principal, Amanda Cosgrove was on Box Office Radio this week, being interviewed by Tammy Brooks for her Monday evening show ‘Centre Stage’ The show was aired on Monday 14th June, but you can  LISTEN AGAIN HERE  if you missed it.

Amanda spoke about her book and about amateur theatre in general. ‘Centre Stage’ is a programme partnered with NODA (The National Operatic and Dramatic Association) and is the only weekly radio show that is dedicated to amateur theatre.

NODA is the association that Musicality Academy belongs to, and who present amateur theatre companies with their acclaimed NODA awards for outstanding theatre productions. Musicality Academy has received many award nominations over the years, most recently winning ‘Best Production’ for ‘Thoroughly Modern Millie’ 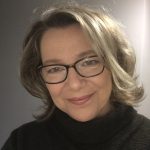 Amanda has run Musicality Academy for 13 years now and feels very strongly that children can benefit from being creative. “Musical theatre doesn’t just teach the pupil acting, singing and dancing skills…it more importantly, teaches the children to communicate effectively and grow in confidence and self esteem”

Since we LOVE musical theatre, we thoroughly recommend Box Office Radio, and you can listen to it by asking Alexa or Google to “Play Box Office Radio”. Once you’ve done that, you’ll have show tunes in your home anytime you want them!

What’s not to love!